Ludwig Wittgenstein: “I have always thought that Darwin was wrong” 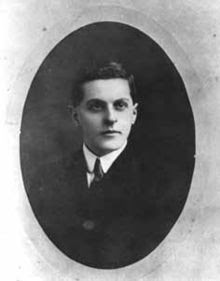 “Whereof one cannot speak, one must pass over in silence” was one of the main insights of Ludwig Wittgenstein’s famous book Tractatus Logico-Philosophicus.

Ludwig Wittgenstein (1889 –1951), one of the leading philosophers of the 20th century, doubted Darwinian evolution and did not hesitate to say so.

In a recent article at Creation.com, Dr. Jerry Bergman examines this aspect of the Austrian-born Jewish-Christian philosopher who became a household name early in his life although he did not publish much.

What he did publish was not trivial, however. The same applies to his spoken ideas. Once, when visiting a zoological garden and admiring the variety of animal and plant life, he said:

“I have always thought that Darwin was wrong: his theory doesn’t account for all this variety of species. It hasn’t the necessary multiplicity. Nowadays some people are fond of saying that at last evolution has produced a species that is able to understand the whole process which gave it birth. … you can’t say [that today].”

Instead of believing in the blind forces of nature, Wittgenstein thought that design was a much better alternative. For him, the Designer meant the God of the Bible. He was convinced that intelligent people could believe in Genesis.

He obviously thought that Darwinian just-so stories belonged to the category that one should pass over in silence since there is no evidence for them.