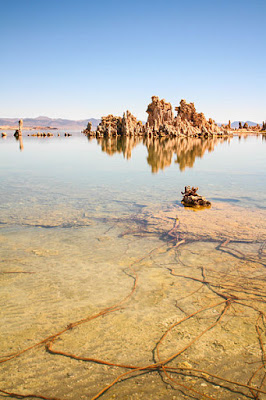 Recently, NASA announced that it would disclose an important discovery that had to do with extraterrestrial life. Some already dreamt of little green men but none were found.

Felisa Wolfe-Simon, a NASA geomicrobiologist, and her colleagues found a bizarre microbe in a lake in California. It thrives on arsenic instead of phosphorus.

Although NASA recommends updating biology textbooks and some even speculate that we might discover different forms of life on Saturn’s moon Titan, the significance of the find might perhaps be seen in proper perspective if we remember that phosphorus and arsenic both belong to the same main group, i.e. the nitrogen group, in the periodic table.

The discovery nonetheless shows that life on earth takes on surprising forms. It does not say anything about the origin of life.

One can always speculate. Paul Davies, who was a member of the research group reporting on the find in Science, has previously suggested that there might be weird forms of life on our planet.

Naturalistic theories of the origin of life still cannot explain how and why living beings came about from non-life. Life can only come from life. In other words, genetic information always requires a sender and intelligent life requires an intelligent Sender.

Gronstal, Aaron. 2010. Get Your Biology Textbook...and an Eraser! Astrobiology (2 December).