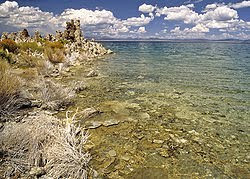 The idea of a form of life that differs from that what we are used to seeing has suffered major setbacks in the past few days.

Many researchers have criticised the study recently published in Science on a microbe that tolerates arsenic. Nature News sums up their views: ”The microbe isn't using the arsenic, but instead is scavenging every possible phosphate molecule while fighting off arsenic toxicity.”

Roger Summons, a biogeochemist at the Massachusetts Institute of Technology, says that while the authors have shown that the organism ingests arsenic, they "haven't unambiguously identified any arsenic-containing organic compounds.”

It seems that the arsenic-tolerating bacterium is about to share the fate of the notorious fossil known as Ida: when the ado in the media dies down, critical researchers will show that the headlines did not correspond to the content of the find.

It looks as though the bizarre form of life is not so bizarre after all.