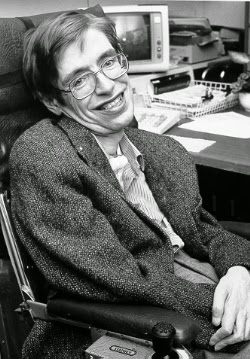 Sending messages to outer space might not be a good idea. Greedy aliens, who have run out of green pastures on their home planet, might arrive with their giant spaceships and treat us like the early European conquerors treated the American Indians.

Astrophysicist Stephen Hawking disclosed this while advertising a series he made for Discovery Channel. Hawking says that the sheer size of the universe almost guarantees that we are not alone.

However, if we believe that God has created all life, we might forget speculations about greedy aliens.
Lähettänyt bwanajoe klo 07:35