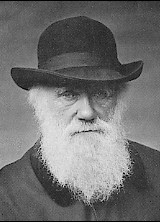 For most of his life, Charles Darwin suffered from poor health. The suggested causes have varied from arsenic poisoning and parasite infection to lactose intolerance. A new study adds inbreeding to the long list of potential causes of ill health.

Tim Berra at Ohio State University in Mansfield and colleagues examined Charles Darwin’s family tree for four generations. Darwin married his first cousin Emma Wedgwood. They had ten children, which was not unusual in 19th century England. Three of them died in childhood. In addition, three of Charles and Emma’s children were childless.

The study published in BioScience shows that every fifth marriage in the ”Darwin/Wedgwood dynasty” (as they call it) was between near relatives, i.e. mostly between first cousins, and that members of both families had wed each other for a long time before Charles' day.

Berra and colleagues conclude that fatal diseases and poor health were significantly more common in the ”Darwin/Wedgwood dynasty” than in other families at that time.

Charles was very worried about his ailments and the poor health of his children. He began to think that at least some of the symptoms might result from marriages between close relatives.

The tragedy of Darwin’s family indicates that the Genesis-based model of human origins is correct. In the perfect world of Eden, marriages between close relatives were not problematic. However, after the Fall harmful mutations began to accumulate in the human genome.

4000 thousand years ago Abraham wed his half-sister Sarah but some 500 years later the law of Moses forbade marriage between close relatives.

It is not difficult to guess the reason. Since we get half of our genes from each parent, near relatives most probably have the same harmful mutations that can cause fatal diseases for their descendants.