When is a Species Not a Species? 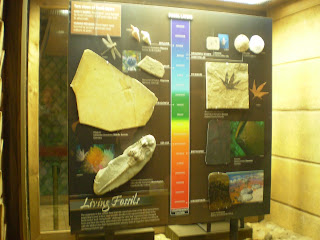 In addition to fossils, you can also see evidence of the Genesis kinds at the Answers in Genesis Creation Museum.

Evolutionists often either wilfully or out of ignorance misrepresent the creationist position. For instance, some still claim that creationists believe in the fixity of species. This misconception stems from confusing the Genesis kinds with the biological concept of species.

Creationists use the term baramin, from the Hebrew words bara (created) and min (kind). Thus, for instance the dog kind (wolf, coyote, dingo, dog) is one biblical kind.

Noah did not thus have to take more than two animals of the dog kind into the ark instead of a large pack of wolves, dogs and coyotes.

Answers in Genesis opened its Creation Museum near Cincinnati, Ohio in May 2007. Evolutionists tried to prevent its opening and even tried to disrupt the opening ceremonies. In spite of this, over 400,000 people have already visited the museum.

Recently, a small zoo was opened on the museum premises. Some of the more exotic animals at the zoo are members of the horse kind. They include a zonkey (zebra + donkey) and a zorse (zebra+ horse).