Mark Twain on the Objectivity of Science 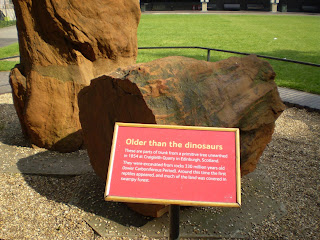 The belief in millions of years of earth history is based on "a trifling investment of fact".

Scientists are supposed to be objective. Sometimes, however, their conclusions are questionable. Mark Twain put it this way in Life on the Mississippi, “There is something fascinating about science. One gets such wholesale returns of conjecture out of such a trifling investment of fact.” Here is the context:

In the space of one hundred and seventy-six years the Lower Mississippi has shortened itself two hundred and forty-two miles. That is an average of a trifle over one mile and a third per year. Therefore, any calm person, who is not blind or idiotic, can see that in the Old Oolitic Silurian Period, just a million years ago next November, the Lower Mississippi River was upwards of one million three hundred thousand miles long, and stuck out over the Gulf of Mexico like a fishing-rod. And by the same token any person can see that seven hundred and forty-two years from now the Lower Mississippi will be only a mile and three-quarters long, and Cairo and New Orleans will have joined their streets together, and be plodding comfortably along under a single mayor and a mutual board of aldermen. There is something fascinating about science. One gets such wholesale returns of conjecture out of such a trifling investment of fact.

A geological theory known as uniformitarism postulates that slow processes have formed huge formations such as the Grand Canyon over millions of years. Uniformitarism in geology was popularised by James Hutton (1726-1797) and Charles Lyell (1797-1875), inspiring Charles Darwin to use a similar approach to biological evolution.

For a time, uniformitarism surpassed catastrofism as the ruling paradigm in geology, but in recent years catastrofism has regained some popularity. The eruption of Mount St. Helens in May 1980 laid down massive sediments and formed deep canyons in a few hours, indicating that catastrophes can do a lot in a little time.

Samuel Langhorne Clemens (1835-1910), or Mark Twain as he preferred to be called, rightly criticised extrapolation in science. Darwinists often observe tiny changes in fruit flies or bacteria and then extrapolate their results ad infinitum. The result is the goo-to-you view in which long periods of time plus chance are thought to make an amoeba into an astrophysicist. As Mark Twain would say, this return is based on “such a trifling investment of fact.”