Parrots Are Clever, They Resemble Us 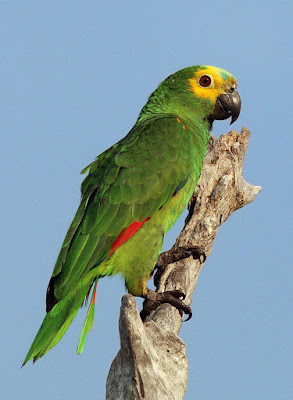 According to evolution, chimpanzees would be the animal that closely resembles us. However, according to a new stud y in Current Biology, it is the parrot than has similarity with us.

“It’s a surprise in the sense that these animals are so different from humans, but it’s also satisfying in that you might predict that since they evolved similar traits, they have some similar mechanisms,” says Claudio Mello at the Oregon Health & Science University.

“Humans ended up with bigger brains and more brain cells and more cognitive traits – including language – than primates. Parrots have bigger brains than other birds and more communication skills, and they have similar conserved elements that set them apart,” he says.

Whyte, Chelsea. 2018. Parrots are clever because their brains evolved the same way as ours. New Scientist (6 December).