Ross 128 b: Newly Discovered Exoplanet Might Not Be Habitable, Despite the Media’s Expectations 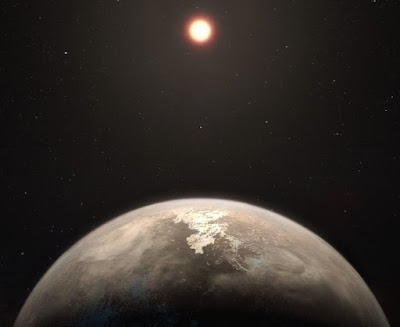 When it comes to reporting on potentially habitable exoplanets, it is not difficult to see an interesting trend, i.e., a more honest approach to previous discoveries.

They are suddenly seen as less plausible candidates for life or they are simply forgotten.

The recent discovery of the planet Ross 128 b, which orbits a red dwarf star 20 times closer than Earth orbits the Sun 11 light years from us, follows this tendency.

Red dwarf stars are notorious for bombarding their planets with intense solar radiation that can be lethal.

Many planets orbiting them might be tidally locked, with the same side always facing the star.

However, astronomers think that of Ross 128 b might receive less solar radiation although they are not sure whether it orbits its star in the habitable zone.

It is roughly Earth-sized with a temperature assumed to be between -60 and +20°C.

It might well give a false hope for those who expect to find alien life in the universe. Hitherto, all candidates have turned out to be worlds that most probably cannot sustain life.

And then it’s still a giant leap from being potentially habitable to actually being habited. There’s no life without information, no information without design, and no design without a Designer.

As far as we know, there’s no place like our created home planet anywhere in the universe.