Origin of Life Research Invokes a Synthetic Enzyme – And Fails 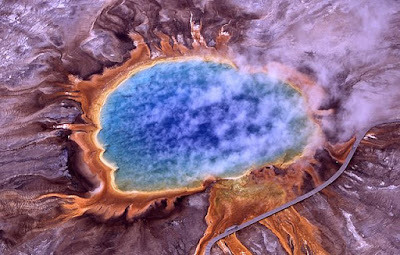 Origin of life is a messy research field. No one has ever come up with a plausible explanation of how non-life could have turned into life.

With naturalistic ideology running the show, explanations tend to be both speculative and impossible.

But they keep on trying. The latest attempt features a synthetic enzyme called diamidophosphate (DAP).

Ramanarayanan Krishnamurthy and his colleagues at the Scripps Research Institute report on their research in the journal Nature Chemistry.

While they cannot be sure that DAP even existed at the time life supposedly popped out of the prebiotic stew, they assume that it might have.

“Krishnamurthy has no proof that DAP even existed four billion years ago. He synthesized the molecule in his lab as a way to solve one of the fundamental challenges to phosphorylating in wet, early Earth conditions. For most phosphorylation reactions to work, they need to remove a molecule of water in the process.

‘How do you remove water from a molecule when you are surrounded by a pool of water?’ asked Krishnamurthy. ‘That’s thermodynamically an uphill task.’

DAP gets around that problem by removing a molecule of ammonia instead of water.”

However, that will not give us life. This scenario is anything but plausible.

“Krishnamurthy is working with geochemists to identify potential sources of DAP in the distant geological past. Phosphate-rich lava flows may have reacted with ammonia in the air to create DAP, or it could have been leached out of phosphate-containing minerals. Or maybe it even arrived on the back of a meteorite forged by a far-off star.”

You don’t have to be a prophet to say that their scenario will not work.

Roos, Dave. 2017. Chemists May Have Found the 'Missing Link' to the First Life on Earth. Live Science (10 November).