Kepler Finds 20 Habitable Exoplanets (That Might Not Be Habitable) 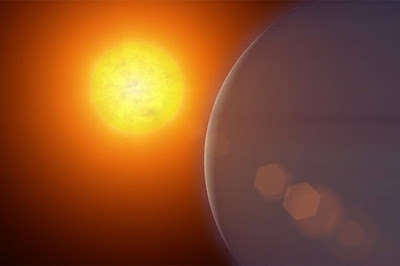 Some hope this is a habitable world. Image courtesy of NASA.

Just add water is the major ingredient in the secular formula for creating life. Thus, every time NASA or some other agency reports on the discovery of an exoplanet that could potentially harbour water, the press creates big headlines.

Often, on closer inspection, discoveries have turned out to be false positives. It has even happened that some of the planets don’t exist.

Many secularists want desperately to find life in space. They are uncomfortable with the idea that Earth is a privileged planet, especially created by God, who is all-powerful and to whom all human beings are accountable.

New Scientist has this to say about the recent finds:

“The list of potential worlds includes several planets that orbit stars like our sun. Some take a relatively long time to complete a single orbit, with the longest taking 395 Earth days and others taking Earth weeks or months. The fastest orbit is 18 Earth days. This is very different to the very short “years” we see around smaller stars with habitable planets like Proxima Centauri.

The exoplanet with a 395-day year is one of the most promising worlds for life on the list, says Jeff Coughlin, a Kepler team lead who helped find the potential planets. Called KOI-7923.01, it is 97 per cent the size of Earth, but a little colder.

Its cooler temperature is due to its distance from its star and the fact that the star is slightly cooler than our sun. This means it may be a little more like tundra regions on Earth than temperate ones, but is still warm enough and large enough to hold the liquid water essential to life as we know it.”

However, water is by far not the only ingredient needed for life and at least some exoplanets assumed to orbit their sun in the habitable zone are not habitable at all.