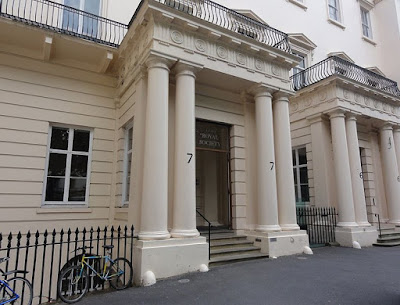 
50 years ago, evolution was in big trouble. Mathematically, it just didn’t add up. A group of prominent scientists met at Wistar Institute for a conference to try to solve the problems. It produced a monograph entitled Mathematical Challenges to the Neo-Darwinian Interpretation of Evolution.

They couldn’t solve the dilemma. The problems are still there. To address them, the Royal Society is holding a meeting in November. A notice posted on the Society’s website explains why the conference is necessary:

Developments in evolutionary biology and adjacent fields have produced calls for revision of the standard theory of evolution, although the issues involved remain hotly contested. This meeting will present these developments and arguments in a form that will encourage cross-disciplinary discussion and, in particular, involve the humanities and social sciences in order to provide further analytical perspectives and explore the social and philosophical implications.”

It is bound to be interesting, as professor Denis Noble is an outspoken critic of Darwinian mechanisms. Together with some other prominent researchers and professors, such as James A. Shapiro, Eva Jablonka and Eugene Koonin, he has launched a website called the Third Way.

It remains to be seen, however, whether the participants are willing to go far enough, i.e. the throw the entire naturalistic paradigm overboard.

Here’s a brief video on the significance of the Wistar Conference, featuring Dr. Paul Nelson: