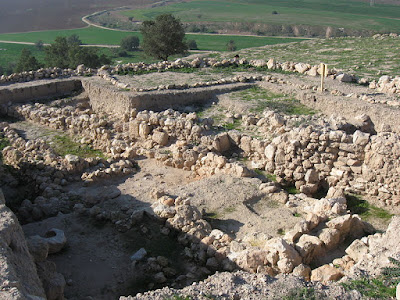 The ruins of Gath or Tel Zafit. Image courtesy of Ori~, Wikimedia Commons.

Even if people are often reluctant to defend biblical history, old stones do not share our hesitation.

Archaeologists tend to find ruins and old monuments in just the places where the Bible indicates they should be. The most recent example is the city of Gath where the Philistine giant Goliath used to live.

Archaeologists from Bar-Ilan University, led by professor Aren Maeir, excavated the fortifications and entrance gate of the city. They uncovered “a monumental city gate.”

They also found early Philistine inscriptions and evidence of an 8th century B.C. earthquake that seems to be the one mentioned in Amos 1:1.

Far from being myth, the Old Testament records real history – it describes real people who lived at real places at a real stage of human history.

It is a book we can trust, even when it speaks about human origins.