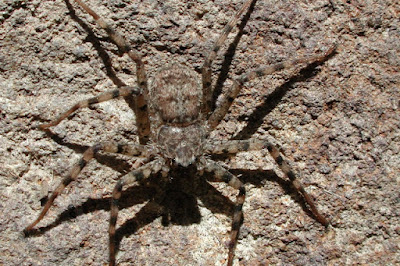 There’s much more variety in animal skills than anyone could have anticipated. The latest example is a spider that can dive from trees and survive.

Scientists from the University of Louisville in Kentucky recently filmed gliding spiders of the genus Selenops.

Released from a height of 24 metres, in over 90 per cent of their attempts, the spiders were able to land on a nearby tree trunk, which could be up to five metres away.

The spiders used their front legs to steer them to safety.

New Scientist suggested a Darwin of the gaps explanation for the ability: “The gliding behaviour evolved because spiders that fall to the ground are more likely to be eaten.”

But merely saying that a behaviour evolved does not disclose how it could have evolved. And the convergent evolution explanation doesn’t help, either.

The amazing variety of abilities seen in the animal kingdom speaks of creation. Moths, for instance, seem to defy the laws of physics. Bowerbirds can imitate practically anything they hear.

Some other examples include jellyfish navigation, butterfly design and the moth’s eye.

Intelligent solutions do not have their origin in blind Darwinian processes.