Starfish Superpower Baffles Scientists – How Could It Have Evolved? 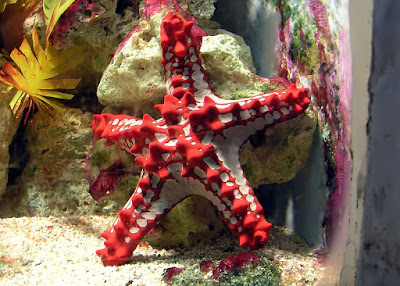 
Few people would have assumed that starfish are clever. However, recent research suggests that they are able to use an almost miraculous power.

An article in New Scientist states:

”Starfish have a superpower never seen before in nature. If a foreign object is lodged in their body, they can move it towards one of their arms and squeeze it out from the tip.”

The article explains how researchers found this out:

“Trine Olsen and Frederik Ekholm Gaardsted Christensen, students from the University of South Denmark in Odense, made the discovery while injecting magnetic microchips into starfish to track their movements for a project. To their frustration, the animals would somehow rid themselves of the tags within a few days.”

This is no mean feat:

" ‘This is roughly equivalent to getting rid of a bullet lodged between your lungs by squeezing it out through your forehead, all without leaving a mark,’ says Daniel Levitis, the project supervisor.”

The researchers did not hazard a guess as to how this dexterity could have evolved via Darwinian processes. The obvious answer is that it couldn’t.

The starfish presents another major problem for evolution, as well: it is a living fossil that hasn’t changed for over “200 million” years.

Starfish are not the only animals that have surprised researchers recently. Here are a few other examples:

· Zebrafish make their own suncreen.
· Jellyfish have amazing navigation skills.
· Turles are excellent navigators.
· Bowerbirds can mimic practically anything they hear.
· Hummingbirds have awesome strength.

These features challenge Darwinian explanations. They are evidence for creation.

Coghlan, Andy. 2015. Watch a starfish squeeze a lodged object out of its arm New Scientist (17 June).