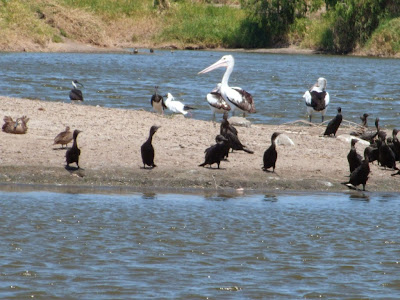 A paper published in Nature Communications is probably ruffling some feathers in the Darwinian community. It reports on the discovery of two fossils of wading birds assumed to be “130 million years” old.

Commenting on the discovery, an article in Science uses expressions like “birds startlingly like today’s”, “spectacularly preserved with feathers and all”, “telltale traits of a modern bird” and “remarkably similar to that of today’s birds”.

Translation: there’s hardly been any evolution in the meantime.

This is a story that is repeated time and again, as more fossils are unearthed.

The Darwinian dilemma is by no means a minor one: Birds are assumed to have evolved from dinosaurs but many modern birds are older than dinosaurs. If one subscribes to the Darwinian timescale, one has to assume that descendants lived before their ancestor, as Dr. Jonathan Wells suggested over a decade ago when discussing Archaeopteryx.

It seems that sooner or later – and probably sooner – we'll approach an era when we'll know that most animal kinds, though not necessarily species, lived at the same time and show much less change than Darwin believed.

If the Chinese bird fossils could speak, they would agree with Dr. Gish – and Genesis.