My Brother the Mushroom 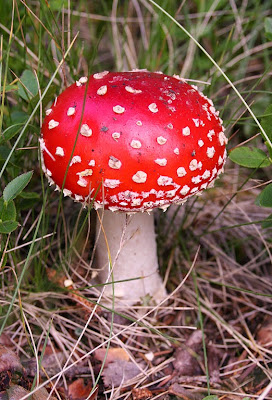 Some might see a brother here. Most of us probably won’t. Image courtesy of Michael Maggs, Wikipedia.

The Darwinian worldview can lead to unexpected statements. Some time ago a writer in New Scientist called mushrooms “our fungal brethren”:

“If we want a quick, easy fix to problems of human health, environmental degradation and the drivers of climate change, we need to embrace the suite of services offered by our fungal brethren – and fast.”

Obviously, the idea behind this admission is that according to the evolutionary worldview, all living beings share a common ancestor. Hence, Darwinians are free to speculate that mushrooms are our brothers.

The idea might be a parody of what Saint Francis of Assisi wrote. In his Canticle of the Creatures, he gave thanks to God for creating “Brother Sun” and “Sister Moon”.

Actually, both the Sun and the Moon pose huge problems for naturalistic /materialistic models.

While they are not alive in the sense we are, they testify of God’s supreme power and wisdom. Without them, our planet would be lifeless.