No Conflict Between True Science and the Bible, Prominent British Scientist Says 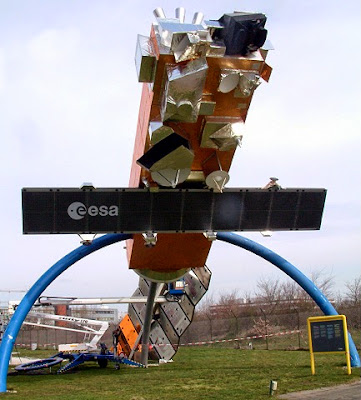 A model of the Envisat satellite. Image courtesy of Wikipedia. Professor Burgess took part in designing a solar array for the satellite.


Dr. Stuart Burgess, Professor of Engineering Design at Bristol University, writes in his foreword to the book Inside the Nye Ham Debate:

“As a scientist I know that there is no conflict between true science and the Bible. I have carried out many experiments on biological systems and found them to contain solid evidence of purposeful design. In contrast, I have never seen experimental evidence that one could use to support evolution.”

In his debate with Ken Ham, Bill Nye, who is not a scientist, claimed that belief in creation was detrimental to science. In contrast, Professor Burgess says:

“I totally disagree with Bill Nye that denying evolution hinders the development of technology. My belief in creation actually helps me develop technology because my high view of nature encourages me to copy the designs of nature. I believe my successful career has been partly due to my belief in biblical creation.”

Professor Burgess and his team have for instance designed a solar array for the Envisat satellite and a tiny flying robot that flies like a dragonfly.

They drew inspiration from the design they saw in nature.