Fixity of Species Is a Darwinian Myth 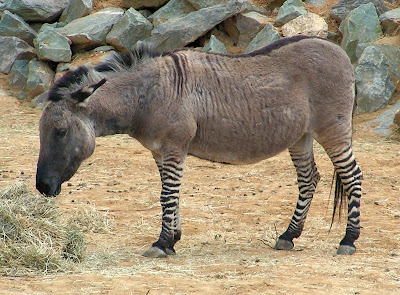 
Anti-creationists like Bill Nye often assume that a belief in creation amounts to the fixity of species. Some time ago, synthetic biologist Drew Endy suggested:

There are very few, if any, creationists who believe in the fixity of species. What they believe is that living things change according to their kinds. For instance, cats change, but they will never evolve to become dogs.

The biblical concept kind does not correspond to the biological term species but is a wider concept.

Accordingly, while evolutionists were surprised to see a zonkey or a cross between a zebra and a donkey, this hybrid was to be expected in the Genesis-based model. The same applies to a liger (lion + tiger), a geep (goat + sheep) and a cross between a grizzly and a polar bear.

The change we see in these hybrids is not of the Darwinian variety. No new genetic information is added.