The Darwinian Roots of World War I 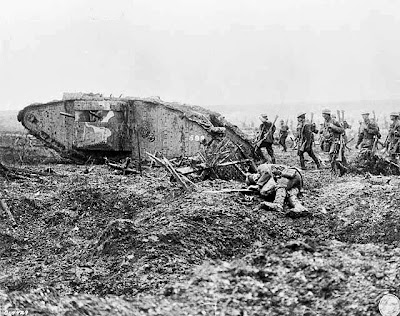 A Canadian tank advancing with infantry at Vimy in April 1917. Image courtesy of Canada. Dept. of National Defence.

Ideas have consequences. In the early 20th century, German intellectual and military leaders had espoused Darwinian thinking. They believed that war was inevitable and it would help in the struggle for existence by allowing the fittest to destroy the nations that were not as fit.

The Germans had already tested their theory in what became known as the first holocaust in South-West Africa (present-day Namibia) in 1896 and 1904–1908, when tens of thousands of Africans were slaughtered.

Discovery Institute has produced a new documentary film The Biology of the Second Reich: Social Darwinism and the Origins of World War I on the hidden ideological and scientific roots of The First World War.