The Death of Early Man Theories 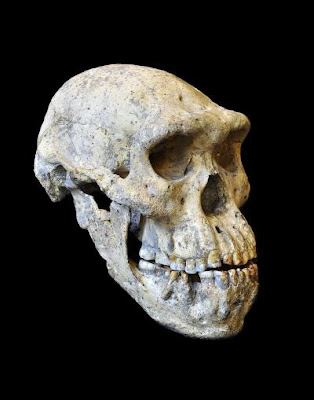 The recent discovery of a skull in Dmanisi in Georgia by anthropologists from the University of Zurich has demolished Darwinian thinking on our ancestors. Previously, researchers “knew” that the genus Homo consisted of Homo habilis, Homo erectus, Homo rudolfensis and Homo ergaster.

This thinking was mostly based on a few isolated fragmentary skulls and bone parts, each displaying a different trait. It has turned out to be very problematic. Dr. Marcia Ponce de León acknowledges, “At present there are as many subdivisions between species as there are researchers examining this problem.”

Researchers dated the Dmanisi skull as 1.85 million years old and categorised it as H. erectus.

Professor Christoph P.E. Zollikofer’s statement says a lot about how researchers invent species: “Had the braincase and the face of the Dmanisi sample been found as separate fossils, they very probably would have been attributed to two different species.”

Now, researchers are suggesting that the genus Homo only includes a single species.

When a single skull brings down an entire tree one might be justified in concluding that the evolutionary story is anything but robust.