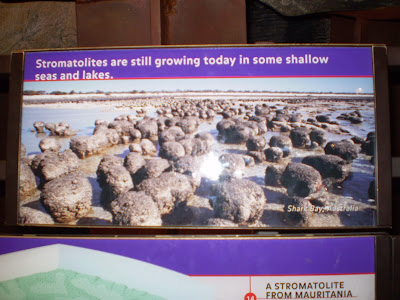 A recent article in Science Daily begins with the words, “Reconstructing the rise of life during the period of Earth's history when it first evolved is challenging.”

It certainly is, as it is a well-established fact that life only comes from life.

Now, research published in Astrobiology on “the well-preserved remnants of a complex ecosystem in a nearly 3.5 billion-year-old sedimentary rock sequence in Australia” pushes back the emergence of complex ecosystems by 300 million years.

“The Pilbara district of Western Australia constitutes one of the famous geological regions that allow insight into the early evolution of life. Mound-like deposits created by ancient photosynthetic bacteria, called stromatolites, and microfossils of bacteria have been described by scientists in detail. However, a phenomenon called microbially induced sedimentary structures, or MISS, had not previously been seen in this region. These structures are formed from mats of microbial material, much like mats seen today on stagnant waters or in coastal flats.”

The article also speculates on life on Mars. However, the take away message is that if life emerged very early, evolutionists will soon find that there was no time for it to evolve.

And if it did not evolve, it was created.