Nature: Genetic Adam and Eve Did Not Live Too Far Apart in Time 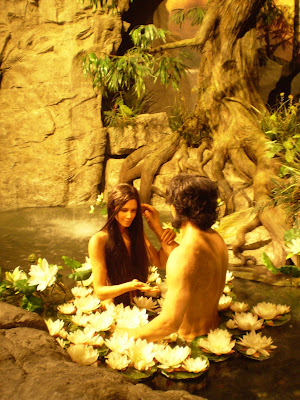 According to Genesis, Adam and Eve were real people.

Two papers recently published in Science have given rise to a lively discussion about the biblical Adam and Eve. A Nature news article reporting on the studies had the title Genetic Adam and Eve did not live too far apart in time.

However, the article included a warning that the studies do not endorse the Genesis model: “The biblical reference is a bit of a misnomer because this Adam was by no means the only man alive at his time.”

This, of course, is something that the researchers do not know.

Both studies used a molecular clock approach to date our latest common forebears. They came up with the age bracket of 99,000 to 200,000 years.

Studies like these typically rely on "DNA mutations that arise with each generation” in their estimations.

Relying, as they do, on the assumption that humans and great apes shared a common ancestor, these estimates are bound to be wrong. And, yes, Adam was initially the only man alive in the Garden of Eden, a place he shared with Eve before the biggest tragedy in human history – the Fall.