Bacteria Turning into Bacteria Is Not Evolution 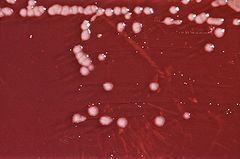 Evolution in action is a very popular mantra that advocates of Darwinism are fond of repeating. The latest episode features a bacterium called Pseudomonas aeruginosa.

Science writer Carl Zimmer had a long article on this common bacterium in New York Times. So, what was all the fuss about? A recent study indicated that Pseudomonas aeruginosa had grown additional tails that enabled them to swim faster.

However, they were still P. aeruginosa.

Evolutionists will acknowledge that bacteria have been bacteria for an enormously long time without changing into anything else – and they haven’t changed this time, either.

In other words, only slight variations have occurred. If you remember the changes in beak sizes in the Galapagos finches, you’ll know that something similar has taken place.

That’s not evolution in the goo-to-you sense.