Dinosaurs in the Bible? 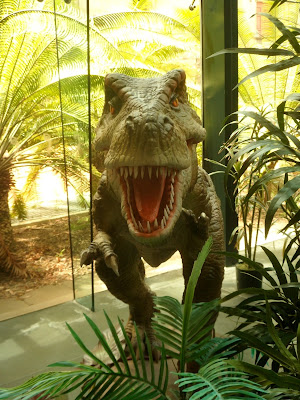 What does the BIble say about dinosaurs?

The word dinosaur was coined in 1841, so we cannot see it in the Bible. However, the Book of Job describes a creature known as Behemoth:

“Look at the behemoth, which I made along with you and which feeds on grass like an ox.
What strength he has in his loins, what power in the muscles of his belly!
His tail sways like a cedar; the sinews of his thighs are close-knit." (Job 40:15-17, NIV).

It sounds like a sauropod dinosaur, which would mean that dinos and people lived at the same time.

The latest episode of ICR’s That’s a Fact video series features dinosaurs, the Bible and dragons.

There is plenty of evidence that suggests that dinosaurs might not be as old as many assume.

You can watch the video here.