Horses Were Horses ”4 Million Years” Ago 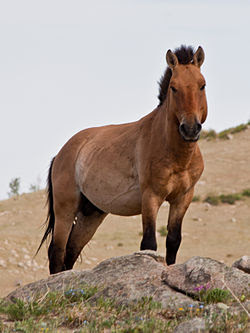 The more we get to know about the past, the more obvious it becomes that old Darwinian assumptions have to be discarded. Many species seem to have resisted change for far longer than was thought. A good illustration of this is in a paper recently published in the journal Nature that reports on the full genome sequence of an ancient horse.

The researchers say that they are now able to “trace the evolutionary history of the horse family in unprecedented detail. They estimate that the ancient ancestor of the modern Equus genus, which includes horses, donkeys and zebras, branched off from other animal lineages about 4 million years ago — twice as long ago as scientists had previously thought.”

In other words, horses have been horses for much longer than was previously assumed (even if the suggested ages are grossly inflated). They have not evolved from or into something else recently.

According to the Genesis model, horses, donkeys and zebras probably belong to the same biblical kind.