Coelacanth, the Living Fossil That Is Not an Evolutionary Link 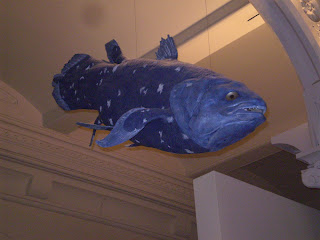 The coelacanth was once touted as the link between fish and land animals.

The African coelacanth, Latimeria chalumnae, became the first living fossil that had its genome sequenced. While the paper reporting this research, recently published in the journal Nature, pays homage to Darwinian evolution, the fish itself is not at all that what evolutionists once assumed.

The coelacanth is a true fish. It was never about to change into an amphibian. “The modern coelacanth looks remarkably similar to many of its ancient relatives,” the Nature paper says. In other words, that what is missing is evolution.

Assumed to have become extinct at the time of the dinosaurs, the coelacanth has obviously not had the time to evolve.