The Evolutionist’s Dilemma: Why Did Unicellular Organisms Not Evolve to Become Multicellular? 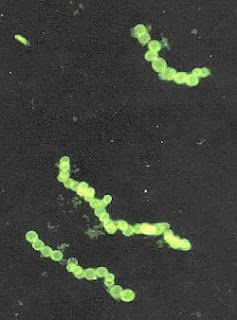 The gap between Thiomargarita namibiensis, the largest known bacterium, and a multicellular organism is enormous. Image courtesy of NASA.

According to Darwinian evolution, all living beings stem from the same unicellular ancestor. Although the unicellular organisms known to science are biochemically complex, they have not turned into multicellular animals.

Recently, an article in the journal Nature admitted that this kind of stasis causes problems for evolutionists. Darwinian evolution should be about change but not all species change. What on earth prevented one-celled prokaryotes from developing into multicellular eukaryotes?

”Bacteria made a start up virtually every avenue of eukaryotic complexity, but then stopped short. Why?” Nature asks and tries to answer the question. However, there is no sufficient naturalistic answer to the dilemma.

Thiomargarita namibiensis, the world’s largest unicellular organism, is so big that one can see it with the naked eye. Regardless of its size the gap between this bacterium found in Namibia and a multicellular organism is enormous and cannot be bridged.

Even the assumed millions of years have failed to make bacteria more complex.

Mutations do not take away the enormous dilemma facing Darwinian evolution, since they do not increase genetic information.

The Darwinian reconstruction of the past does not solve the problem. The best solution would be to discard evolution but for many Darwinists it might be a too emotional step to take.