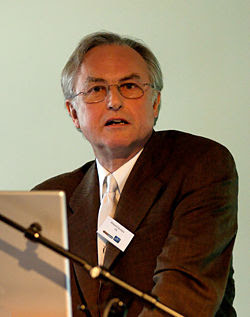 This week two popular science publications, New Scientist and Scientific American, used the word heretic, which might say something about how mainstream science journalism views those who do not toe the official party line.

Neither of the magazines was referring to creationism or even intelligent design. The Scientific American article discussed climate change and the one in New Scientist focused on the laws of physics.

However, this interesting trend brings to mind that what Richard Dawkins said in the documentary Expelled: No Intelligence Allowed: ”As a scientist I am pretty hostile to a rival doctrine." Dawkins was championing Darwinian orthodoxy.

Way back in 1997 Stephen Jay Gould used the phrase Darwinian Fundamentalism in an essay in The New York Review of Books. Using language drawn from the Bible, he was referring to the over-reliance on natural selection in explaining evolution and named John Maynard Smith, Daniel Dennett and Richard Dawkins as members of this orthodox Darwinian sect.

Scientists seem to be wary of heretics.