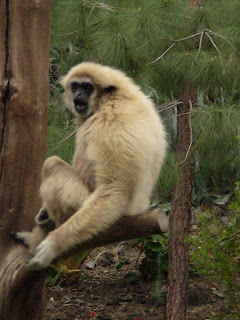 Charles, we have a problem.

The origin of South American monkeys is a big mystery for Darwinists. They believe that these monkeys originally evolved in Africa. Molecular and morphological studies suggest that the old world monkeys later found their way across the ocean to America.

The monkeys must have found a way to cross the ocean. Darwinists thus believe that the plucky simians travelled on rafts.

And since no orthodox evolutionist will doubt the reliability of dating methods, the only viable explanation is that at least some old earth monkeys were fearless sailors.