Newtonmas Is Just Around the Corner… 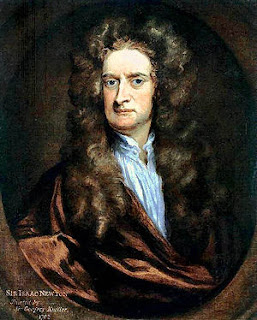 Skeptics seem to dislike Christmas. This might be no surprise since the very word is derived from an old English concept Cristes maesse, meaning “mass of Christ”. And since the Bible clearly speaks of Christ as the Creator (John 1:1-3; Colossians 1:16), evolution-believing skeptics try to downplay the significance of Christ’s birthday.

While the Bible does not explicitly say that Christ was born on December 25, we have compelling evidence that He was indeed born, lived, died and rose from the dead.

Skeptics try to cloud the significance of Christmas by introducing a "feast" they call Newtonmas.

They seem to have forgotten that Sir Isaac Newton (1642-1727), whose birthday is on December 25, was a devout Christian, a believer in biblical creation. He might not have appreciated the skeptics’ idea of celebrating his birthday as a mass. He wrote in Principia, Book III:

This most beautiful system of the sun, planets, and comets, could only proceed from the counsel and dominion of an intelligent Being. … This Being governs all things, not as the soul of the world, but as Lord over all; and on account of his dominion he is wont to be called “Lord God” Παντοκράτωρ [Pantokratōr cf. 2 Corinthians 6:18], or “Universal Ruler”. … The Supreme God is a Being eternal, infinite, absolutely perfect.

In other words, Newton was no skeptic.