Christmas – a hard time for atheists 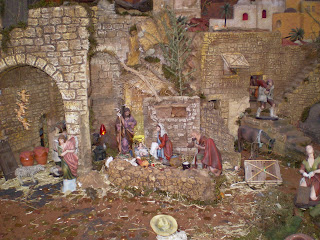 Christmas is obviously a hard time for atheists. In his Agnosticism / Atheism newsletter (December 20)[1] ., Austin Cline writes, “We can certainly dismiss the historical reality of Jesus' miracles and supernatural powers; we can also be justifiably skeptical that a mundane, natural Jesus existed.”

I would strongly disagree both with the premises and conclusions Mr. Cline presents. Many if not most biblical scholars regard the gospels as eyewitness accounts that were written within a few decades after Jesus’ death.

The external evidence of the Gospels for a historical Jesus is much stronger than Mr. Cline thinks. For instance, it would not be fair to a prioiri rule out the witness of Josephus by claiming Christians have “doctored” his writings. There is no convincing proof of this. Moreover, pagan Roman writers such as Tacitus, Suestonius, Plinius the Younger and Lucianos, either mentioned Christ or his followers, sometimes quite sarcastically. They would have had no reason write sarcastically about a non-existent person. The writings of the early church fathers, some of whom wrote in the first century A.D. , also speak of the historicity of Jesus.

The internal evidence of the Gospels is even more compelling. The honesty of the narrative is often strong evidence for its historicity. Why would an ancient book otherwise present its heroes as cowards? After Jesus’ arrest, Peter denied even knowing him. The rest of the disciples cowered behind closed doors after Jesus’ crucifixion. They often lacked faith, so that Jesus had to rebuke them. Time and again he told them, “O men of little faith”.

Many other details would also clearly seem to be eyewitness accounts; for instance it would be absurd to include the story of a young man fleeing naked in the Gospel of Mark if this were not true. A specially interesting detail is letting women be the first witnesses of the resurrected Christ. In the male-centered 1st century culture the views of women did not amount to much. If the gospels were not historically reliable, the early believers would surely have presented their heroes Peter and John as the first witnesses, but they didn’t.

There is another interesting detail in John’s Gospel. When John mentions Judas Iscariot, he almost without fail always adds that he was the traitor. It seems that the writer of John’s Gospel knew something about Judas that latter-day skeptics are unaware of.

The obvious conclusion of these evidences is that the Gospels are reliable eyewitness accounts of historical events.