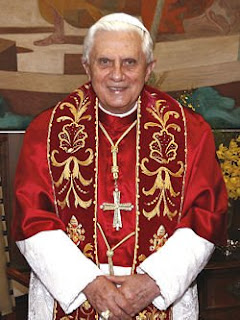 Let my people worship. The Vatican calls for religious freedom for minorities. Image from Wikipedia.

More and more mosques are springing up in what was once a Christian Europe. While muezzins call faithful Muslims to prayers on Friday, we do not often hear church bells ringing in Saudi Arabia.

To discuss this issue and many others, Catholic leaders have been meeting with Muslim scholars in Rome. At the end of their three day forum (November 4 to 6) they issued a final declaration in which they also took up the issue of religious freedom for minorities. They said,

Religious minorities are entitled to be respected in their own religious convictions and practices. They are also entitled to their own places of worship, and their founding figures and symbols they consider sacred should not be subject to any form of mockery or ridicule.

It sounds good on paper. But former Muslims who turn to Christ should also have the right to worship freely with their new brothers and sisters without fear of losing their lives.

In other words, the “once a Muslim, always a Muslim” mantra should be dropped. People who turn to Islam in the west are not penalised for their decision. But all too often Muslims who find Jesus Christ as Saviour are persecuted, discriminated against and even killed in some Arab countries.

I sincerely hope that Muslim leaders would keep their promise. But promises are all too easily broken. Thus, as Christians, we will do well if we pray for our brothers and sisters who are persecuted for following Christ in the shadow of the crescent.