Democratic Senator in Washington Wants People to Turn Into Trees 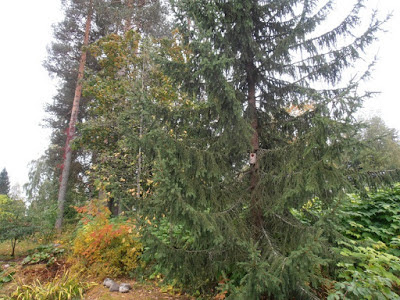 A Finnish forest with lignin.

“There are the environmentalists … And they don’t just want to hug trees anymore. No, they want to become one.

Yes, in Washington, one legislator wants you to be able to become human compost when you die.

Democratic state Senator Jamie Pedersen is sponsoring a bill in Washington’s legislature that would let you become nutrient-dense soil, which could mean you could help a tree or a cabbage reach its full potential after you depart this vale of tears.”

“The new approach, known as ‘recomposition, “involves placing bodies in a vessel and hastening their decomposition into a nutrient-dense soil that can then be returned to families, NBC News reported on Saturday.

Recompose aims to charge $5,500 for its services, while a traditional burial generally cost more than $7,000 in 2017, according to the National Funeral Directors Association. (Cremation can cost less than $1,000, though that doesn’t include a service or an urn.)”

So turning people to trees is becoming a save way to fight other costs and even cremation.