Stonehenge: Early Man Was Cleverer Than We Thought 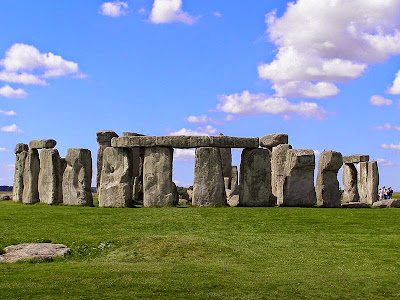 According to the evolutionary worldview, early man was not supposed to be able to be creative or build impressive monuments. However, archaeology has time and again shown that he was anything but primitive.

The latest discovery features Stonehenge. According to a report published by the British Science Festival:

“Seventeen new extant monuments and many lesser structures all dating from around 3100 BC or earlier, have been found around the site, implying that Stonehenge was not the only ritually important site in the area.”

While the date might be off by a few hundred years or so (due to the effect of Noah’s Flood, which very likely changed the atmospheric carbon-14 levels), the discovery nonetheless shows that people could build sophisticated structures much earlier than previously thought.

The report goes on to say:

“All of these new finds have been located under the grassy fields of Stonehenge and have been viewed using specially developed instrumentation and software by the University of Birmingham and the Ludwig Boltzmann Institute it was announced at the British Science Festival today.”

We should not be surprised that archaeology is revealing a trend seen in Genesis. The early chapters of the Bible indicate that already at the dawn of history, humans were able to smelt and refine metals (Genesis 4:22), just a few generations after creation.