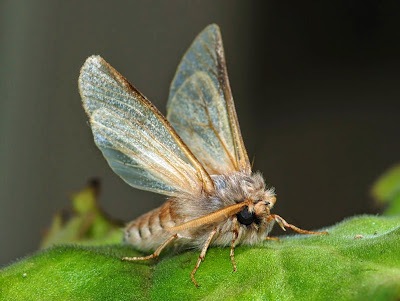 The animal kingdom is full of very intelligent solutions that engineers are copying in an effort to build cheaper, more effective machines and gadgets.

One of the latest examples of biomimicry is copying the moth’s eye.

Researchers Florent Boudoire and Artur Braun at EMPA, the Swiss Federal Laboratories for Materials Science and Technology, made a breakthrough by examining how effectively the moth’s eye makes use of light.

According to an EMPA report:

“Empa researchers have developed … a photoelectrochemical cell, recreating a moth’s eye to drastically increase its light collecting efficiency. The cell is made of cheap raw materials – iron and tungsten oxide.”

Millions of years of blind Darwinian processes could hardly produce such an elegant solution. The ability of the moth’s eye to collect light is another example of intelligent design.