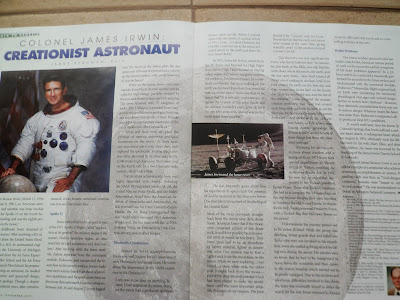 Dr. Jerry Bergman has an interesting article on Apollo 15 astronaut James Irwin in the November issue of Acts and Facts. Irwin, who spent over 295 hours on the Moon, was a firm believer in the Genesis account of creation.

This Christmas we celebrate the beginning of Jesus’ walk on Earth.