David Livingstone: A missionary who resisted the slave trade 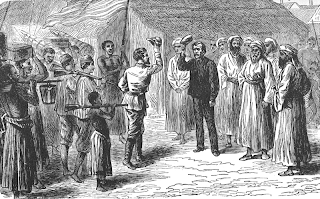 Although the efforts of William Wilberforce, a Christian politician, had succeeded in putting an end to slave trade in the British Empire in 1833, Arabs still captured Africans and sold them as slaves. About five times as many slaves were killed, wounded or succumbed to diseases than were eventually shipped as slaves.

Dr. Livingstone regarded slavery as a glaring iniquity and he struggled to put an end to it.

This week marks the 139th anniversary of Stanley’s and Livingstone’s historical meeting.