Darwin Was Wrong: There’s No Tree of Life 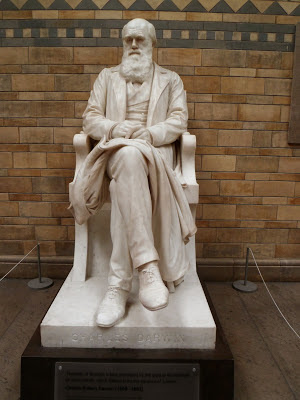 This Victorian gentleman was wrong.

Once upon a time, the tree of life was a major albeit somewhat controversial fact of evolution. Now it is no more.

Even secular researchers have pointed out that Darwin was wrong and that the tree has fallen down.

New Scientist had its Darwin was Wrong cover story in 2009 and since then studies have shown that he was indeed mistaken.

The latest instalment can be seen in the journal Science. Elizabeth Pennisi looks at hybrids and concludes that they spell disaster for Darwin’s tree:

“In 2010 a comparison between a Neandertal genome and genomes from people today turned up evidence of ancient liaisons, a discovery that belied the common idea that animal species can't hybridize or, if they do, will produce infertile offspring—think mules."

But this was simply wrong:

"Such reproductive isolation is part of the classic definition of a species. This discovery brought credence to other work in plants, Darwin's finches in the Galápagos Islands, tropical butterflies, mosquitoes, and a few other animals showing that hybridization was not just common, but also important in shaping evolution. The techniques that revealed the Neandertal and Denisovan legacy in our own genome are now making it possible to peer into the genomic histories of many organisms to check for interbreeding. As more examples are discovered, researchers are questioning the definition of species and rethinking whether the tree of life is really a 'net' of life.”

The term 'species' is anything but an accurate description of a particular type of organism. The great number of hybrids such as ligers, zonkeys, wholpins, geeps, grolars and leopons, supports the view that the biblical concept ‘kind’ differs considerably from the biological term ‘species’, being more inclusive.

According to the biblical model, Neanderthals, Denisovans and modern humans form a single biblical ‘kind’.

Likewise, at best, the distinction between the various varieties of Darwin’s finches is vague.

Hybrids challenge the very concept of evolution. No new genetic information is added, but they merely share pre-existing information. Often, they display a loss of information.

Creationists have consistently assumed that the very idea of a tree was suspect. Way back in 2000, Dr. Pierre Jerlström had an article in the Journal of Creation entitled 'Is the evolutionary tree turning into a creationist orchard?'

Now it seems that they have been right all along and evolutionists have been wrong since Darwin’s day.